Behind the Facade of University Life

Annabelle shares her feelings of loneliness at university, why they are completely normal and advice on how to combat feelings of isolation.

Like many of my fellow students, I went off to university with the intention of fulfilling the student lifestyle that so many people had raved about. I thought that I was about to start what were supposed to be the best few years of my life. But this was not the case. Contrary to what many people see as the typical first year of university – making friends and memories for life – mine was characterised by loneliness. For me, this isolation I felt from everyone around me was a failure; a failure to achieve the infamous ‘uni life’. I saw others on social media and in real life being, what appeared to be, at their happiest when at university and having the experiences that I craved, but couldn’t achieve. When I compared their life at university with mine, the only thought running through my head was ‘am I not good enough to have this?’ Is there something wrong with me?

But I am not alone in experiencing these thoughts and emotions: 46% of UK students admit to loneliness during their time in higher education. When I first joined everybody said to me that all the students were in the same boat and were all struggling, but due to the portrayal of my friends’ university experiences on social media, it didn’t feel the case; I felt like the only lonely one struggling. However, I’ve realised that it is inevitable that everyone copes with university differently: some thrive but some hide away. For me, hiding away was the option I took. I distanced myself from my friends at home and hid in my room from everybody else, not making an effort to talk to people in seminars or even socialise with my own flatmates. I mentally shut down and began to detach myself from reality. But I hope to stop others from making the mistake by sharing the following tips.

It’s hard at university to maintain old friendships from home, especially when they are also in a new social group, but they are important for when you return home, so you still have people there to confide in. I would suggest putting extra effort into calling friends from home to have the comfort of familiarity in a very unfamiliar situation.

I made the mistake of not joining any university societies (one I will not be making next year) and this meant that my social life was immediately reduced to just my flatmates. Joining societies will mean that not only do you meet like-minded people who you are more likely to get along with, but society events occur weekly and so it provides a guaranteed period of socialisation during the week. I would also suggest joining sports societies, no matter what athletic level you are at because the bonds you form in sports teams (through playing sport as well as social) seem to be the ones that are the strongest, from my personal experience.

3. Make use of support services on campus

You can also turn to support networks both inside the university institution as well as online resources. Make use of the wellbeing and support services at your university, especially if you’re struggling with the step up to higher education. Having a familiar, trusted face to talk to on campus can make for a smoother transition, rather than being thrown into an unknown situation, feeling entirely alone.

4. Make an effort to sit with others, or in social spaces

I would also suggest that rather than studying in your room, force yourself to study in the library or social spaces in the university. Even if you don’t become friends with anyone there, the feeling of having others around you will help cope with the feeling of loneliness. Additionally, the same applies for in lecture halls or seminars, don’t sit in the corner but instead sit with others and if you are brave enough maybe even introduce yourself just to have a familiar face on your course.

Of course, university isn’t lonely for everyone, but for those that do suffer from loneliness, whether they show it by isolating themselves or hide it behind a facade of what seems to be them enjoying university, you are not alone. I’m sitting here writing this blog because I was also lonely, along with many other students across the globe. It’s important to remember that waves of loneliness will come and go and hopefully with some of my advice it will become easier to manage. For me, I wish loneliness was mentioned before university and normalised, instead of just the typical university stereotypes being seen as the norm, so this is what I wanted to shed light on. I want to start the conversation that it’s okay to feel lonely at university and in fact, it is often what lies behind the facade of uni life for many.

You can find more resources on supporting yourself on the Student Minds website. 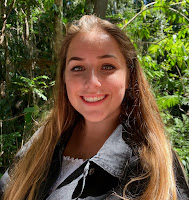 I’m Annabelle and I have just finished my first year at university. I have an average life at home and have never struggled to make friends, but that changed at university. It was a time of loneliness, something that I was not expecting to encounter whilst chasing the uni lifestyle. I hope to share the advice I have on how to prevent loneliness.