Social Anxiety and How to Make Friends at University

Astrid talks about her journey to finding great friends at university.

– Astrid
Often students move halfway across the country to attend university, without knowing anyone else and having to fend for themselves for the first time. My biggest fear about joining uni was not making friends and I shared this fear with most other students.
Being a fresher should be exciting and I didn’t want my worries to prevent me having any fun. Here are some ways I made making friends easier: I decided to volunteer abroad before I began university. I thought it would boost my confidence and make me more comfortable living and spending a lot of time with a new group of people. I was right!
It introduced me to stepping outside my comfort zone for a shorter period of time. It also prepared me to meet a large group of new people and engage with them. Most of the people I met were also volunteering by themselves. Nobody knew anybody beforehand, and everyone was in the same boat!
The stories my fellow volunteers told me were surprising. Many others were volunteering for similar reasons to myself, to boost their confidence or even help manage their mental health. The coordinators even said that about a quarter of volunteers are on a form of medication or treatment for mental health conditions. Volunteering abroad is primarily done collectively, volunteers sharing their interest in helping others and the work they are doing, forming natural friendships with plenty to chat about in the evenings.
Since my first time volunteering, I have joined many different projects with different organisations, both affordable and expensive. The range of people from different backgrounds was far wider on more affordable programmes.
I can’t be 100% sure if my teaching and building work was helping my anxiety as there were so many other things happening as well: meeting new people, living and working together, going out in the evenings and weekend tours. But I would definitely recommend volunteering as it totally worked for me and covers so many bases. I’m not sure if volunteering on my own on a computer in my room would’ve had the same effect!
Once I’d started university, I felt more confident talking to new people and wasn’t scared to live with a group of strangers. I am confident this wouldn’t have been possible without spending time volunteering abroad. However, I still didn’t feel comfortable knocking on people’s doors and introducing myself. I came up with another way to make friends.
I thought if I joined clubs then I could meet people and we would share an interest, as it had worked with volunteering. I made a mistake in joining the football team to begin with. I knew the basic rule, kick the ball into the goal, and thought that it would be great exercise. But I hadn’t considered that the majority of people who had joined the football team had played football at school, some even knew each other from their schools playing each other in the past. My lack of skill made me stand out for all of the wrong reasons.
After failing miserably at playing football, I chose to join the water polo team. No one on the team had ever played before and we were all novices. We instantly had something in common, our lack of water polo skills.
I also joined the ice-skating team. The first couple of lessons were spent with everyone continuously falling over. After the first time it became a joke and we bonded over sore bottoms and bruised legs. Volunteering abroad and joining clubs at university helped making friends effortless. I would recommend anyone who is nervous about making friends at university to volunteer abroad beforehand, even if it is only a couple of weeks before freshers.

When at uni, join as many groups as possible, the weirder and less common the club the more likely there will be fellow newbies who you can bond with over inexperience.

Some Useful Links: Transition to Uni Know before you Go 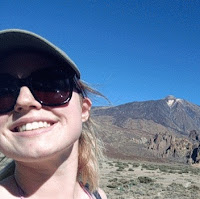 Astrid Halliday loves travelling and especially getting away overseas to help build and develop a community. Volunteering many times with Original Volunteers and also with Habitat For Humanity, she loves sharing her passion and encouraging other to travel in a similar way.